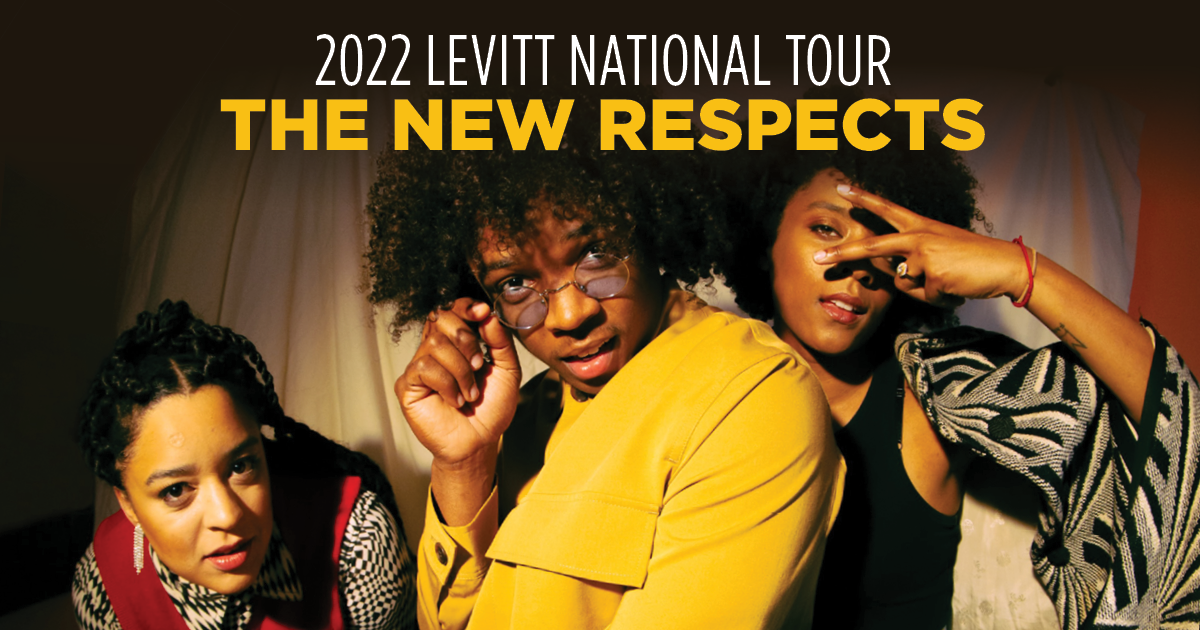 The 2022 Levitt National Tour presents rising stars and family affair The New Respects, for an electrifying evening of danceable fusions of pop, soul and rock & roll. The band is turning heads with their bright, feel-good tracks stacked with propulsive beats and lush harmonies. Hailing from Nashville, Zandy Mowry lays down the group’s funk-inspired grooves on guitar, her brother Darius Fitzgerald drives the beat with his retro rhythms and their cousin Jasmine Mullen brings it all together with soaring lead vocals. Having performed together since their youth, the 20-something trio uplifts audiences with their playful, energetic and familiar vibe. Filled with catchy hooks and fresh throwback sounds, the group’s debut 5-song EP Here Comes Trouble (2017) launched them into the national spotlight as Rolling Stone named them one of “10 New Artists You Need to Know.” Quickly gaining traction with fans and critics alike, the EP’s standout single, “Trouble” garnered over 2M streams and received sync placements with Fox Sports, ESPN and TNT. On the heels of their success, The New Respects embraced an aggressive touring schedule, opening for Switchfoot, Robert Randolph, O.A.R., and NEEDTOBREATHE, and making appearances at key festivals such as Hangout, Bumbershoot and Rock the Ranch. The group’s star continued to rise after releasing their 2018 album Before the Sun Goes Down to critical acclaim. With touring halted during the pandemic, The New Respects worked on new music and recently released their first acoustic EP, Don’t Panic (2022) featuring spiritual inspirations to hold onto hope and love during times of uncertainty. Levitt National Tour audiences are in for an unforgettable evening that’s equal parts eclectic and electric featuring fan favorites “No Drama,” “Freedom,” and “What Makes the World,” plus the debut of new music from their upcoming album this summer!