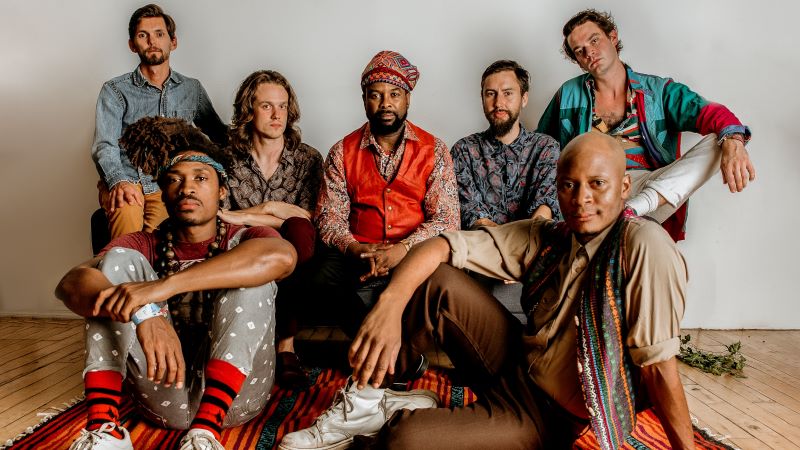 Dayton Metro Library has joined as a partner to offer additional elements to the World Music Series.

Brooklyn’s Kaleta & Super Yamba Band are fronted by Afrobeat and Juju veteran Leon Ligan-Majek a.k.a. Kaleta. The singer/guitarist from the West African country of Benin Republic lived his adolescent life in Lagos, Nigeria where Afrobeat was born. Kaleta’s guitar chops earned him decades of touring and recording with Fela Kuti, King Sunny Ade, Lauryn Hill and more. Kaleta got his start in the late 70s performing in church and was soon after picked up by iconic Jujumaster and world music pioneer King Sunny Ade. Now based in New York City, Kaleta has been leading Super Yamba Band since 2017. Their debut album was included on Bandcamp’s “Best Albums of Summer 2019” list and two of the songs were chosen for the ABC/Hulu Series, High Fidelity starring Zoe Kravitz. Kaleta and his band have also erupted onto the stages and video screens of major music festivals and music publications across the US. Collaborating over several years with Senegalese griot and talking drum master Modou Mbenge was a defining moment in the development of Super Yamba’s sound and the musician’s understanding of the African music tradition.