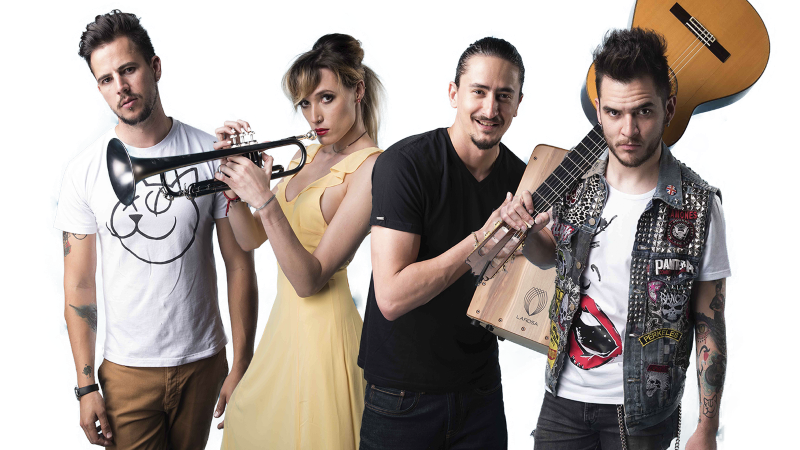 Dayton Metro Library has joined as a partner to offer additional elements to the World Music Series.

Jenny and the Mexicats are a fusion of nationalities and personalities, a band that has a very particular history. The band had its beginnings in Madrid in June 2008. It all started when Icho (double bass) invited Jenny to live in Madrid. Jenny in her 20s had come to the right place. Icho called the best guitarist he knew, Pantera, a guitarist with very versatile flamenco technique; they had played together for many years in a rockabilly and punk band in their hometown in Mexico. Pantera proposed to a colleague that he played with in the world of flamenco and he played the cajon. David, an extraordinary Spanish cajon player. And that’s how they all got together. The roots that this new sound carried, made Jenny start to compose a lot so Jenny and the Mexicats started to rehearse in the place where everyone had met. Fused with multiple amazing factors, their sound is a prime example of where they came from.