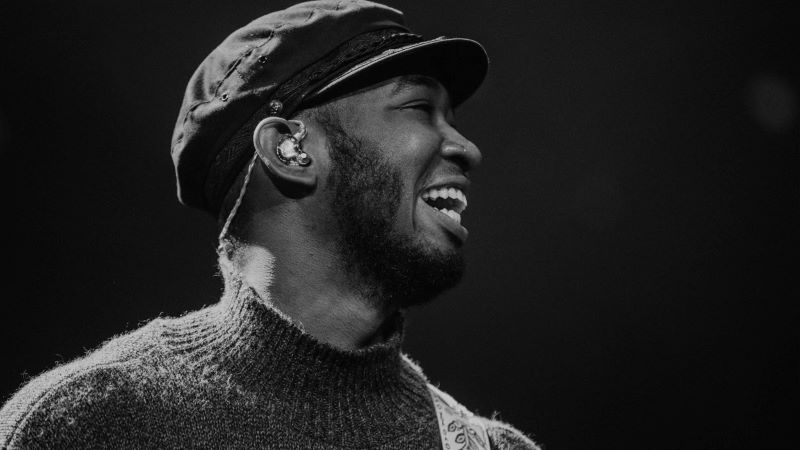 A native Chicagoan, Isaiah Sharkey spent his early years living in Cabrini Green. Coming from a musical household, Isaiah was introduced to music at the age of four and decided he wanted to be a guitarist. He would learn about different musical genres/styles from gospel music, which came from growing up in the church, to Jazz, R&B, Blues, Rock and Funk music. It wasn’t long after that Isaiah would become noticed by other musicians in the Chicago area for being a young, new talent. In 2009, Isaiah started working with artist D’angelo on his third album, Blackmessiah, which won the 2015 grammy award for best r&b album. Based on his work and contribution to the project, Isaiah received his first grammy and has worked, recorded, and toured with several world-renown and grammy award winning artists including John Mayer, Patti Labelle, Christopher Martin of Coldplay, Mike Posner, Keith Urban, Brian Mcknight, Boyz II Men, and many others. Isaiah Sharkey is poised to take center stage as he fuses together his background in rock, gospel, jazz, r&b, blues, and funk to create an original sound with an unmistakable dose of soul.