Levitt on YOUR Lawn Series with Dayton Funk All-Stars 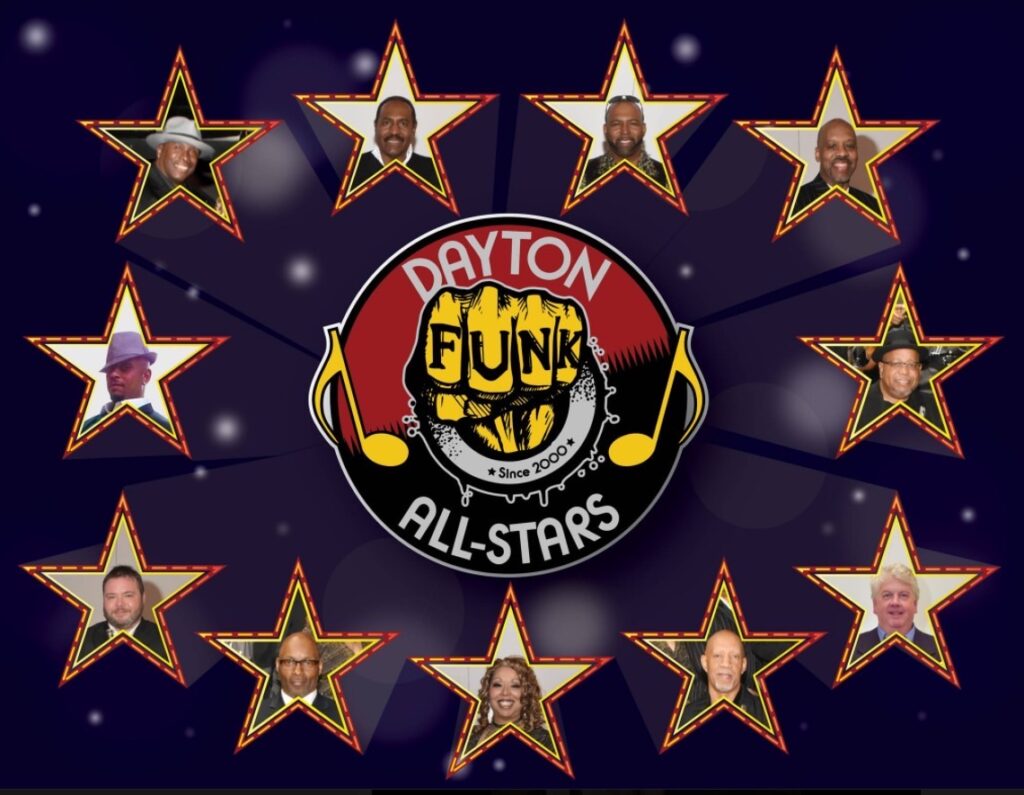 As part of the 2020 Eichelberger Concert Season join us for the next concert in the #levittonYOURlawn virtual concert series.

The Dayton Funk All-Stars Band is 10 members strong and was founded by guitarist Tony “Silky T” Allen and co-leader, Deron Bell instrumentalist, keyboards and Talk Box. The band consists of dynamic members and their contributions to the music industry spans over three decades. Dayton Funk All-Stars, sometimes called Dfunk, offers the best of the iconic sound of Funk: soulful with horns, sparkling vocals, and plenty of flash! They have hit the stage opening for Ledisi, After 7, Mark Woods of Lakeside, The Ohio Players, Zapp, and more. This musical group specializes in the Dayton sound, however, performing DFunk originals infused with R&B grooves and Funk energy, is exciting too. Dayton, which is branded The Land of Funk because of its ‘70s era of prolific funk hits, has allowed this group of entertainers the opportunity to celebrate all that is funk and to bring smiles to many music fans.